Eight of the Most Famous Celebrity Homes

Eight of the Most Famous Celebrity Homes

Once you get to gawking at celebrity homes, it can be hard to stop. This is true even for those who claim to be immune to the celebrity temptation, even if they won’t admit it. Pair just a little bit of mega-wealth with access to the best interior designers and innately good taste, and you’re probably going to have a home people can’t look away from. So, let’s dive into this curated list of some of the most famous, most eye-popping celebrity homes in the world.

When Kim Kardashian and Kanye West announced their split earlier in the year, people who keep up with the gossip couldn’t help but wonder what was going to happen with the couple’s $60 million mansion in the Hidden Hills. Well, it turns out Kim’s keeping it. The sprawling compound is reportedly decked out in a style Kanye described as “futuristic Belgian monastery.” The couple sunk millions into renovations, certainly bringing in untold hordes of pricey contractors, jackhammering and sawing and ripping down and building up and crafting luxury pools with their cement tools, and now this—dissolution. 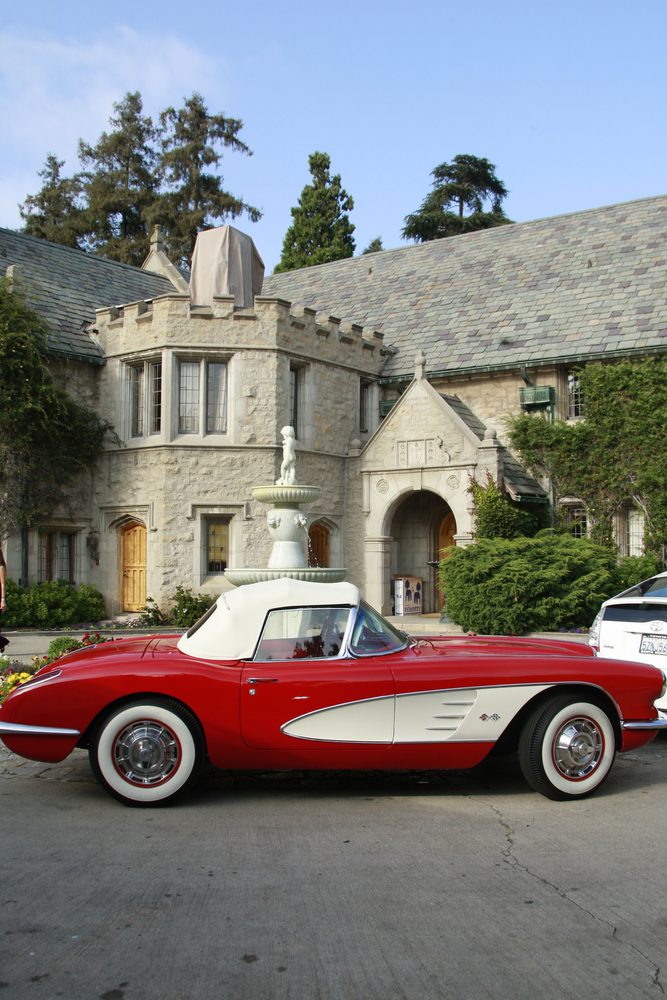 Even though Hugh Hefner passed away in 2017, and even though the Playboy Mansion was sold the year before to an heir to one of the greatest snack cake empires the world has ever known, it seems wrong to call this iconic palace anything other than HUGH HEFNER’S Playboy Mansion. Hefner in his robe and his “bunnies” with their ridiculous costumes, turned this estate into the dream party spot for generations of libidinous teenage boys.

Daren Metropoulos, whose family is behind the iconic Twinkie, released this statement when he bought the home: “For the last 45 years, Mr. Hefner has imbued the estate with a rich and storied legacy. The property’s heritage is not only that of a famous address; it is a true masterpiece in design …” But everyone knows he bought it for the notorious grotto. 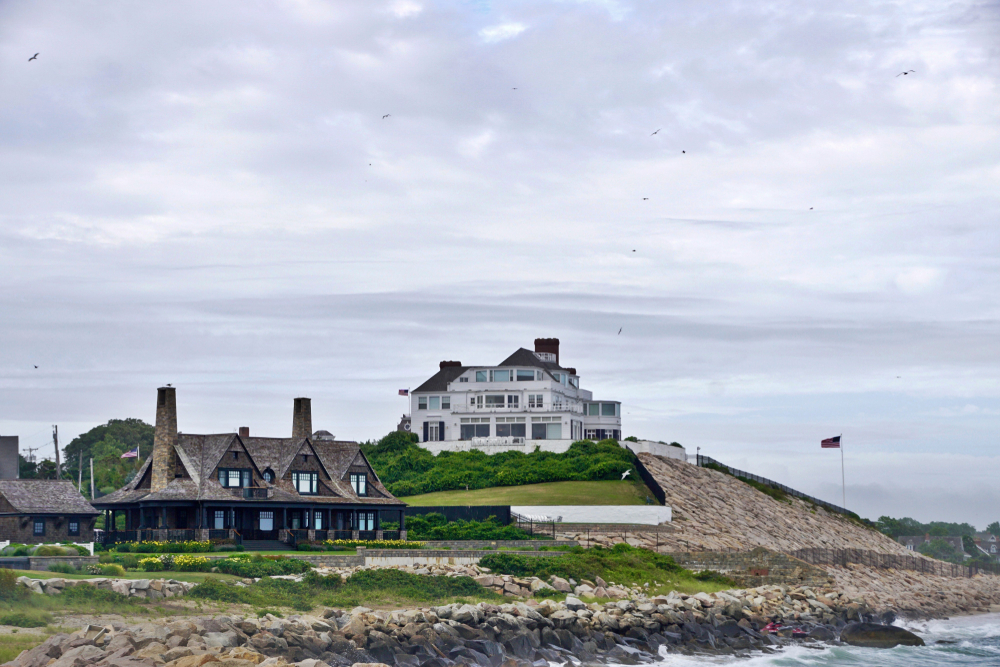 When Tay Sway is grappling with the fallout of a tortured relationship, it’s easy to assume that she gets lyrical inspiration by peering out at the churning Atlantic from the vantage of her sprawling seaside estate in Westerly, Rhode Island. This home, one of Taylor Swift’s many abodes, is a humble little 12,000-square-foot, eight-fireplaced estate that she reportedly paid for IN CASH. How much? Just $17.75 million.

Lady Gaga has a little 10,000-square-foot “gypsy palace” on the coastline in Malibu, California. It has everything you can imagine. Of course—OF COURSE—there’s an infinity pool. But there’s also a wine cellar, a home theater, horse stables—okay, perhaps these things are all obvious, too. BUT there’s also a full-on vintage, full-on hipster 1960s bowling alley.

If you star in one of the most iconic sitcoms of all-time, turns out it sets you up pretty well. These days, Friends star Jennifer Aniston chills in her $21-million, 8,500-square-foot mid-century gem in Bel Air. The stylish home has everything, including an elegantly tiled pool and a walk-in closet that’s bigger than your typical NYC apartment—of course, it’s nowhere near the size of that unrealistically spacious to-die-for apartment in Friends.

Some celebrity digs are famous for all the wrong reasons. Such is the case for Will and Jada Pinkett Smith’s 25,000-square-foot mega-mansion. Will said that the compound, so large it has its own zip code, is designed to “create an infinite cycle that represented what Jada and I hoped for our love.”

They put more than half a decade into the construction, gathering inspiration from regions throughout the world and various time periods, and all it got them is an ignominious spot pretty high on most “ugliest celebrity home” rankings. But we think most of us would happily endure mounds of ridicule to live in a sprawling $42-million-dollar home designed to capture our very essence, even if our very essence inspires a lot of snark. 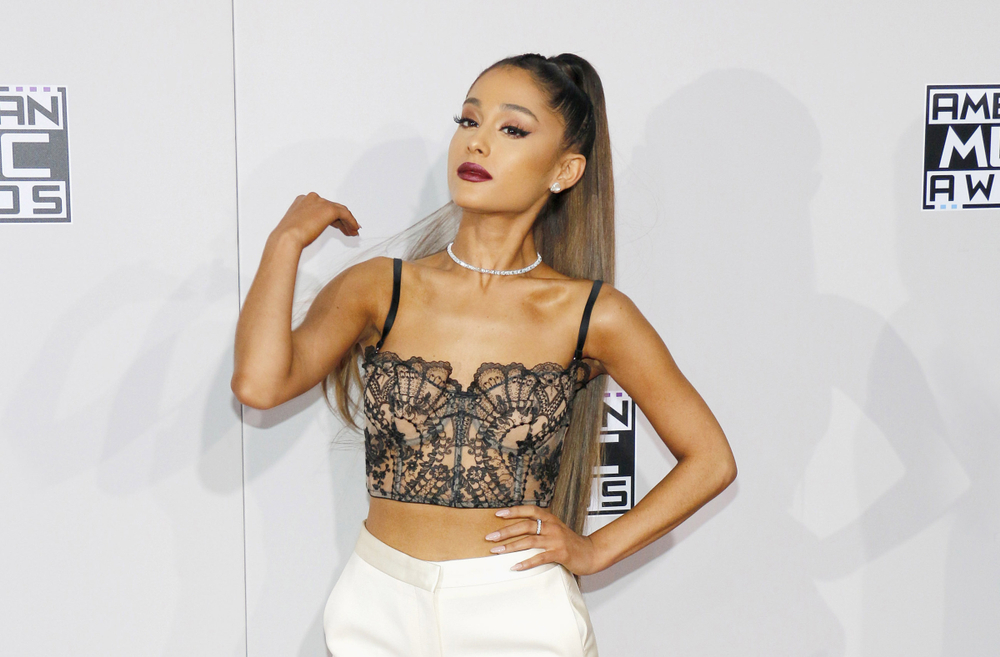 Ariana Grande Is Doing All Right

At an age when most of us need a lot of luck and parental down-payment assistance to be able to afford a starter home, then-26-year-old pop-music sensation Ariana Grande dropped a cool $13.7 million on a 10,000-square-foot mansion in LA. She’d been on the grind since she was a kid, appearing in a Broadway show at the age of 15, so it’s not like she didn’t work hard for the four-bed, seven-bath ultra-modern thing of beauty.

Katy Perry and Orlando Bloom Have Plenty of Room for Houseguests

In October 2020, singer Katy Perry and actor-husband Orlando Bloom paid $14.2 million for a six-bed, 12-bathroom mansion in Montecito, California. The house sits on nine acres and has a guesthouse, too, so any friends of the fam who ask to come hang a while will know the couple is blowing them off if they say they’d love visitors, but things are just too cramped right now.