How is the UK Preparing to Deal With the Second Wave of the COVID Pandemic?

The UK Government found itself in the middle of the second wave of the Coronavirus pandemic after deciding that they would open up the economy to small businesses like restaurants, bars, cafes and diners. The people visiting these places had to follow the rules put down by the Government, such as wearing masks in public places, making sure they maintained distance, always sanitised and taking as many precautions as possible. Following the trends taking place in countries that were ahead in dealing with the Coronavirus pandemic, it was likely that the second wave would hit the country, and there was nothing much that they could have done.

In a statement, the Prime Minister said, “We’ve seen it in France, we’ve seen it in Spain, across Europe it’s been absolutely, I’m afraid, inevitable that we would see it in this country.”

While they predicted the second wave, the Government had already made plans on how they would tackle it. They were sure that they were not putting down strict rules like they had in the past and closing shops and establishments and forcing people to stay at home. However, they were increasing the precautions that they were making people follow.

These new rules did not allow the gathering of six or more people in one place. However, if they were entering a restaurant and maintaining the right amount of social distance, they would be fine. Schools were not being closed down, which was one of the exceptions to the rule. All the new rules are reviewed to see how well they work, and accordingly, they’ll be changed, upgraded or scrapped depending on how well they work. One thing was for sure the Government was not looking to implement another national lockdown as they did in the past.

The Government has to also think about how the economy is going to respond to the removal of the furlough scheme they have running. Companies are not doing too well independently even with the scheme. Although 80% of employee’s salaries are paid by the Government, companies are still laying people off. The scheme is supposed to come to an end in the coming month of October, after eight months of funding companies through the pandemic. Companies have to meet their deadlines and targets by getting their employees to work remotely to the best of their ability. When remote working began kicking off at the beginning of the pandemic, most companies spoke of a drop in productivity, but they are doing their best to catch up. 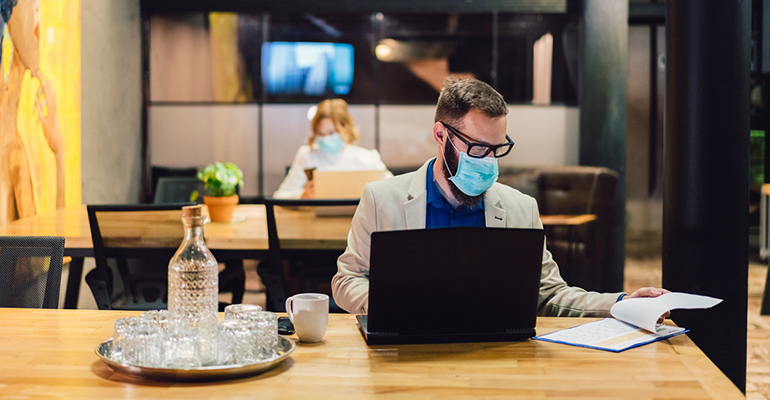 The second wave could not have come at a worse time overall. Employers are also working on finding and understanding the people who they are working with since they do not meet them in person. Internal as well as client meetings are conducted through video or regular calls, with background checks are becoming the norm. The DBS check is the most common test that is being used by employers to get information on people working for their company or prospective hires. Additionally, they are allowed to stay at their office or house and gather this information on people by reviewing their DBS certificate online, which is remote and convenient.