The houses which have become the signature of Nantucket Island are the famous shingle-style ones. You will see many of the weathered gray houses with white trims on the island.

This style is traditional for the homes and buildings along the entire east coast, including Cape Cod, Long Island, Rhode Island, Newport and coastal Maine.

The first houses of this type appeared in New England following the Centennial celebration after 1876. It was then that the local builders and residents fancied the rustic Colonial-style houses and buildings. Architects of that time were more than happy to work on these much simpler buildings when compared to the fussy Victorian style.

The shingle-style houses of Nantucket have several key features that allow them to blend into the island’s landscape. The first is a soft gray surface, which is a natural weathered gray from the elements and the oceanfront climate. The Victorian shingles on the houses in Nantucket were made of thin unpainted local cedar. The homes on the island have plain sidings, welcoming porches, inconsequential outlines and very little ornamentation.

But even though they may look simple, these old buildings in Nantucket used to be the vacation homes of the wealthiest people in the country. 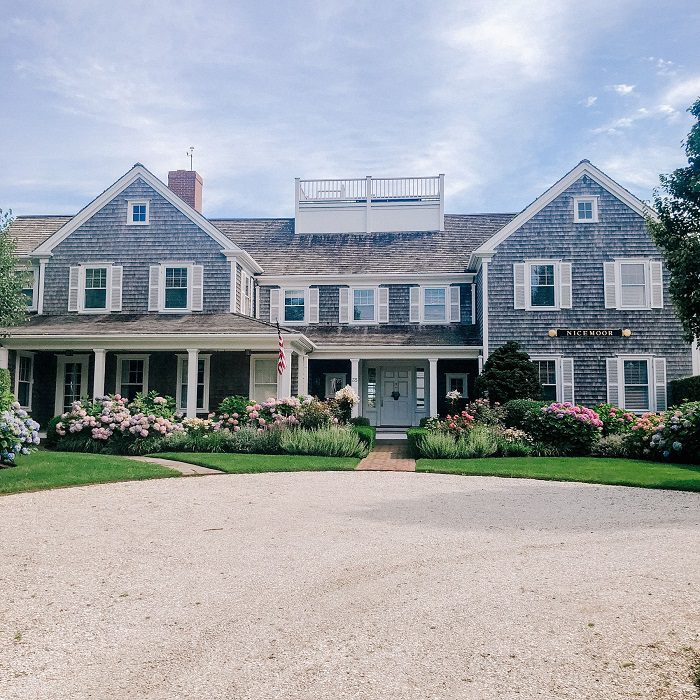 Many famous architects have been inspired by the Nantucket shingle houses. Some of them include Henry Hobson Richardson, Stanford White, Charles McKim, Frank Lloyd Wright. These and others designed their own versions of the shingle-style homes elsewhere in the country.

One of the most famous examples of this shingle-style inspired home is the summer residence of President George W. Bush, which was built in 1903 in Walker’s Point by Kennebunkport Maine.

The larger Quaker population on Nantucket has inspired and influenced the majority of the architectural styles as well as the social mores on the island.

The Quakers preferred simple design and minimal decoration. This is the reason why the shingle-style houses became so popular on the island in the 19th century. Most historic buildings and homes from that time are designed and built in this style. And the new ones have been built by the same standards ever since.

The Nantucket Historic District Commission is responsible for overseeing the building or renovations of homes on the island. The homes must comply with the strict local regulations regarding the height, shingles, pitched roof, and other characteristics that give Nantucket such a marvelous historical outlook and character.

In other words, you cannot build a home with a flat roof, or one without shingles or covered with painted shingles. All new and old but renovated buildings have to be in this same style, and the shingles eventually do become gray from the ocean weather. In fact, it takes a single winter for the unpainted shingles to develop that very specific soft gray color which all homes in Nantucket have.

Most homes in Nantucket are surrounded by colorful and charming old-style gardens. There you can see blooming peonies, larkspur, hollyhocks, foxgloves and other garden flowers. Most of them are bordered by trellises which are covered with overflowing tumbling pink roses. These delicate roses are popular on the island and add to its unique character and grace, especially when they start creeping on the gray shingles of the homes.

It is the homes and the exhilarating landscapes in Nantucket which has made it earn the title of the most beautiful 18th and 19th century town or village in the USA.

But even though there are strict regulations for the design and build of the houses in Nantucket, the interior design is up to the owners.

Today, you can visit and even rent many of these historic homes as vacation rentals. You can choose among the variety of interior design styles, starting from the traditional style, the historic Nantucket style, or a cliff house, meadow home, beachside or other.

There are some modern takes by local and other interior designers in Nantucket. You can spend your holiday on the island renting a very contemporary home or a curated modern or casual classic and elegant style house.

There are simple and more refined homes on the island of Nantucket. 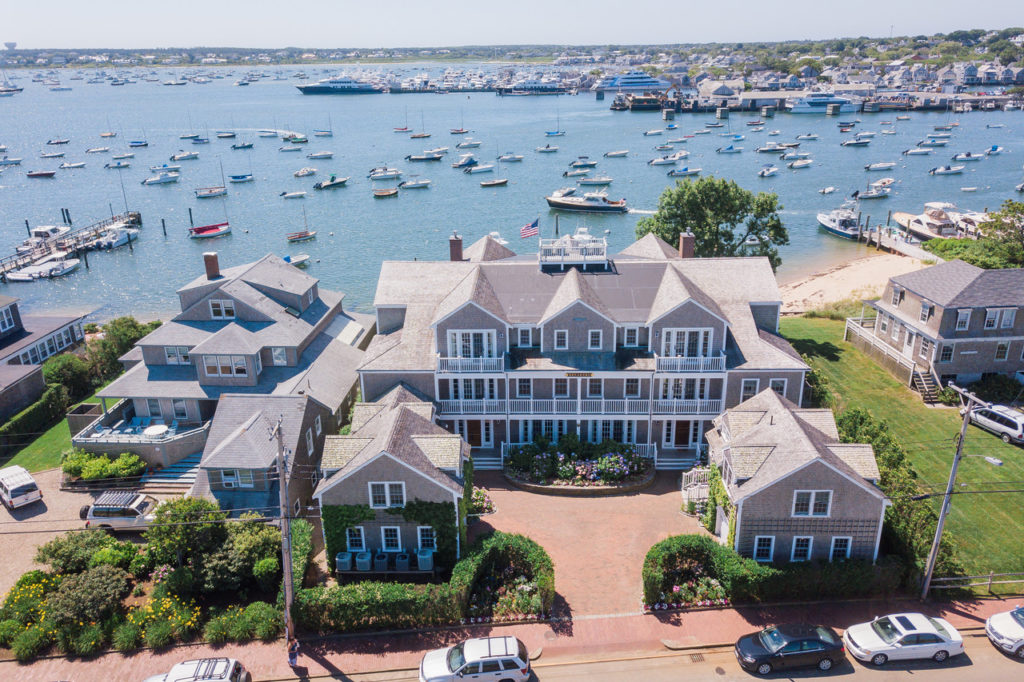 You can also see some amazing commercial interior designs when you visit the island. Some of them include The Gaslight, Pazzo, Station 21, Mitchell’s Book Corner, the Boys and Girls Club and even the Hinkley Picnic Boat.

The Gaslight is a cool restaurant and music venue which is renovated from a former small movie theater. The interior design there is inspired by the nostalgic and reminiscent elements of the jazz clubs in the 1920s.

Station 21 is another stunningly designed bistro with a romantic and worldly style that complements the brilliant menu.

There are of course hundreds of other restaurants, bars, cafes, and other places you can visit when in Nantucket, and you will be stunned by how charming and different the decors in each one can be, despite the almost uniform looks of the houses outside.