What Should I Do If My Basins Are Taking Longer To Drain?

What Should I Do If My Basins Are Taking Longer To Drain?

A slow-draining basin can be very frustrating, but it is not an uncommon problem in any home. It can prevent you from being able to do everyday tasks in fear that your basin will not drain afterwards, so it is safe to say that this problem is a nuisance and something that needs to be fixed ASAP.

You first need to work out what the problem causing it is, which could be due to a whole host of reasons, such as a blockage or deterioration of the pipes. Usually a simple problem with an easy fix. This article will discuss some of the most common causes of a slow-draining basin and also some easy fixes to get it back in working order in no time at all!

An Object Is Obstructing The Flow In The Pipes

There may be a single object lodged in the pipe which is hindering the flow of water. This issue tends to be easier to fix in comparison to other, more stubborn problems. It could be a singular mass that may have been accidentally washed down the plughole, such as a large food item, a clump of hair, and so on.

When the blockage is a result of a build up of material, not just one object, it can be more difficult to address the slow drainage problem. Especially in kitchens, who pour cooking grease or candle wax down their sink are more susceptible to this problem, as when the fat or wax cools over time, it can clump into a single mass and obstruct the water’s flow.

To decipher this kind of blockage, gurgling noises and slow draining water are the two most common identifiers. Also foul odours coming from the drain are a sign, as the fat is sitting there and beginning to rot.

The Pipes Are Damaged

Another cause of a slow draining basin may be due to a damaged pipe system, most likely caused by deterioration over time. This could mean the pipes have deformed and lost their circular shape, narrowing the entryway, and obstructing the flow. This is usually found in older pipes.

Another factor that damages pipes are plant or tree roots. They can get into the joints of the pipe network, as it is an optimum place for them to thrive with water, oxygen, and other nutrients. In turn, the roots cause a blockage in the pipes and water can no longer flow through.

Determining the cause of a slow-draining basin may be obvious, but sometimes you need a professional’s help to troubleshoot using their professional, noninvasive tools, to feed along the pipes. Here, it is not advised to fix this problem yourself, instead, call a professional to help with cleaning out blocked drains that have deteriorated or are blocked with roots.

There are some immediate actions which can minimise the damage of slow draining problems, such as removing visible obstructions by hand, or using other instruments such as wire coat hangers to fish out the blockages which are further down. Also, plungers are very useful in clearing blockages, using air pressure to unattach and break up solid masses further down the pipes.

It is not advised to purchase harsh chemicals from the supermarket in an attempt to clear the blockage yourself, as if these do not work, they can accumulate inside the pipework and eventually create danger to the plumber you call out to fix the problem. 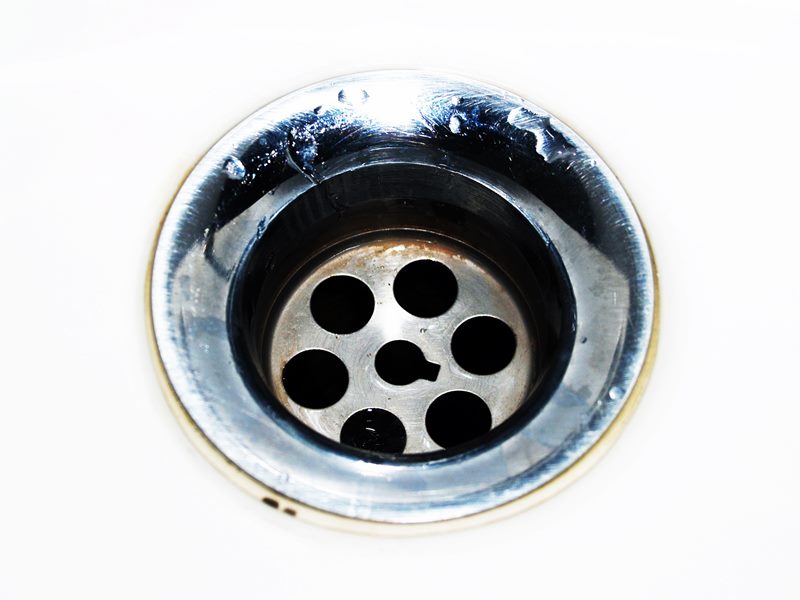 First, assess how bad the blockage is. Put the plug in and fill up the basin about a quarter full. Remove the plug and see how long it takes to drain. If it only takes a little longer to drain, then the clog may not be too bad; but if it takes much longer to drain then it may be more serious.

With metal pipes, not PVC pipes, hot water will be suitable to use. If you have PVC pipes, they may soften and loosen with boiling water, so skip to step 3 instead.  Boil some water and pour it down the drain, then wait around five minutes, this will give it time to soften whatever is causing the obstruction. Then turn the tap on and see if the block has cleared.

If the blockage has not cleared, you may need to use a plunger, specifically a ‘cup plunger’. First, stick some duct tape over the overflow to create a vacuum. Then fill the basin with some water, place the plunger over the plug hole, and start plunging. Gurgling noises may start to sound when the blockage is being cleared. After a short while, remove the duct tape and fill the basin once again to see how fast the water drains, and whether there is still a blockage.

Some more serious blockages require a sink auger, which is a tool that extends a cable into the drainpipe and locates the clog. After finding the blockage, you pull the cable out around another 12 inches before tightening the set screw. Then, turn the handle to extend further cable until it feels as though the blockage has cleared. Remove the cable from the pipe and turn on the water to see whether the blockage has gone.

A cheap, but not as successful alternative for an auger is a wire clothes hanger that has been straightened out.

If you have not been very fortunate in your past attempt to clear the blockage, it may be beyond the trap (the pipe under the sink), so will need to unscrew it to get to the blockage. Before doing so, you may want to get a bucket to catch any water. Unscrew the trap and remove it. Extend the auger into the exposed drainpipe using the methods from step 4. If you can successfully reach and remove the blockage, screw everything back together, turn on the tap, and test whether the water is draining from the basin as it should. 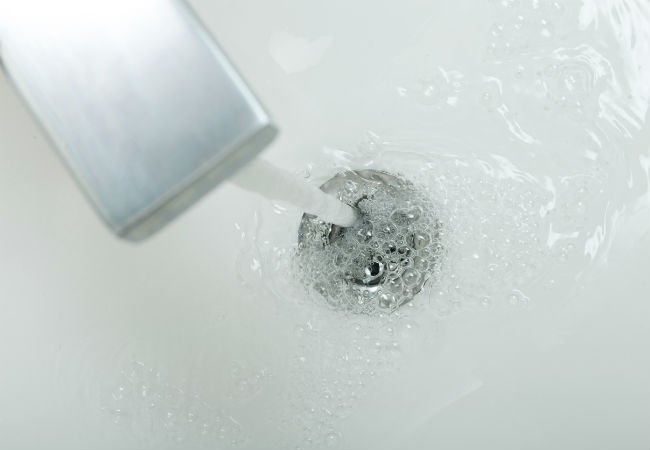 If these haven’t worked…

If your basins are still not draining properly after exhausting the five steps mentioned above, it may be time to call a professional to take a look at your pipes, as there may be a more significant problem at hand.